Originally released in 1969, this album is one of the most significant in Brazilian musical history, spearheading the musical Tropicalia revolution lead by Brazilian legends Caetano Veloso and Gilberto Gil, not to mention Gal Costaand mutant rockers Os Mutantes. Not only were the artists experimenting with the music, they were also making a very strong political statement that spoke out very harshly against the military regime in Brazil at the time. This album helped land Veloso and Gil a brief stint in jail and eventually in political exile in the UK. Includes bonus CD of the album. 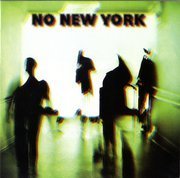