Heavy roots reggae album from 1988 by avant-jazz horn player Jamaiel Shabaka. Remastered and released as a double LP gatefold sleeve in an edition of 500.

With its unusual jazzy/improv’d sonic essays among straight-up heavyweight roots tracks (such as I Am That I Am, Leaders & Armaggeddon ), saying that "The Land of the Rising Sun" is an unusual-sounding reggae album is an understatement, and far from a surprise: after all, who in the reggae world started improv’ing for days on end with Sun Ra?

While living for 2 years in the hills around Kingston, Shabaka recorded his only but very personal album, using the studios from friend including Sugar Minott’s. Shabaka delivers healing vibes and meditations playing on the flute, the horn and the kete drum, bringing an African, jazz, sound into the Caribbean groove and creating a truly unique reggae sound topped with conscious and positive lyrics.

Before embracing his Caribbean heritage Jamaiel was a radio DJ at a mythical college radio station in Long Beach, played with jazz drummer Alex Cline and on never-released Sun Ra LPs. Jamaiel Shabaka did it all.

Growing up with Pharoah Sanders and John Coltrane, plus the Yoruba and the other types of African-Latin-Cuban sound, Jamaiel started practicing the saxophone, and the clarinet. All the while gravitating towards the more radical sound—Archie Shepp, Byard Lancaster.

Jamaiel Shabaka found himself part of a lucky crew to be granted a radio show on a young jazz music station at the California State University, Long Beach, KLON, now KKJZ (or KJazz). He became a radio announcer from the early ’70s on. He would play a lot of real roots music from the island, the nyabinghi and some of the jazz. Count Ossie and the Mystic Revelation of Rastafari, Cedric Brooks.

For years, the aspiring radio DJ and the master had been exchanging letters, with Sun Ra growing familiar with Jamaiel’s skills at the horns. So off to Philadelphia Shabaka went, staying in town for three years. Jamaiel Shabaka ended up playing on at least three never-released private press Sun Ra LPs. Some of the improvised sessions that Shabaka played on ended up on actual wax, each of the three LPs that Shabaka took with him when he drove back to California had received the solar guru’s treatment: custom-made Sharpie sleeves.

In 1976, introduced by Woody “Sonship” Theus, he met avant-garde jazz drummer Alex Cline. From playing regularly together came the idea to turn the live Cline/Shabaka Duo Infinity project into an LP, with Jamaiel, taking care of the vocal, tenor sax, alto sax, soprano sax, flute, and percussion duties. This is how we recorded the long improvisation that later wound up being the Duo Infinity album.” I don’t think either of us felt it was the most profound, magical, or transcendent music we had ever made, but we felt strongly enough about it to think that it would make for a good document of our music.”

In the years to follow Jamaiel would carry his heavy jazz luggage over to the greener pastures—at least spiritually, if not monetarily—of reggae. To put it in layman’s terms: "Most reggae musicians like a certain way, and pulse, and they stay sturdy and that’s cool, the heartbeat, and we can relate to that. But at some point, there’s some other types of movement and sounds that move in and out, like a spirit moving.” Recording "The Land of the Rising Sun" was no picnic. Regardless, in 1988, the album was good to go. And Jamaiel was ready to venture into yet another dimension. He has been involved in various projects at a school and various cultural centers in the Los Angeles area, mixing traditional teachings and yoga, presenting music and playing flute, and overall being busy as a family man.

Recorded and mixed at studios such as Hit City West (L.A.), Channel One and Music Mountain (Jamaica) 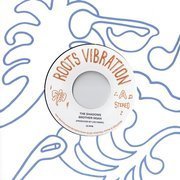 The Shadows / The Upsetters / 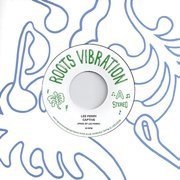 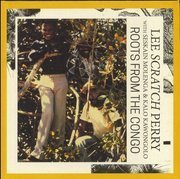 Roots From The Congo (gatefold) 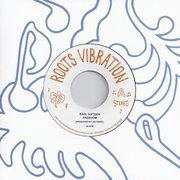 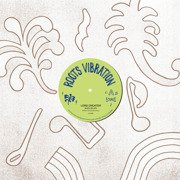