'Y.O.U' is an emotive album of tripped out ambient hip hop instrumentals by FROM, written and recorded in the mid 90s under Trevor Jackson's infamous production persona The Underdog. Originally planned as a vocally-led, song-based project that should've surfaced between his production for The Brotherhood's legendary British hip hop album 'Elementalz' in 1996 and his acclaimed debut PLAYGROUP release in 2001, for multiple reasons it hasn't seen the light of day, until now.
Only Available as a ultra limited edition Vinyl and CD release, the LP consists of 11 tracks. Dream-like synth lines, ambient melodies, blissful guitars, raw beats and soft, fractured vocals draw you into a hallucinatory 12bit world. Drawing on Jackson's progressive and jazz rock influences as well as psychedelia and early electronics, the album closes with 'Belladonna'- a piano-sampled homage to the east coast golden age hip hop pioneers. NB: The CD features a longer version of 'Veratrum' not available on the vinyl version. All created on an Akai S950 mono sampler (limited to only 20 seconds sampling time), an Akai MG1212 12 channel mixer (which recorded on Betamax style tapes) and primitive outboard gear, Jackson honed his skills from his bedroom, where he produced the majority of his output at the time. With a huge collection of obscure vinyl, he dug deep into uncharted territories for samples and sound clips
- using material no one knew about (or would think about touching) in the mid 90s. The Underdog's initial releases were on Jackson's own Bite It! recordings label, which was started in 1991. A unique platform for UK hip hop with a visual aesthetic and ethos more akin to ECM and Factory
than other rap labels, its mission was to push artists beyond musical and cultural limitations prevalent at the time.
Home to artists like The Brotherhood, Scientists of Sound, Little Pauly Ryan and Lewis Parker (who later signed to Massive Attack's Melancholic label), Bite It! became a great success;
finally British rap had artists and releases that looked and sounded as good as their revered American counterparts. In 1993 Richard Russell (who had just started running XL recordings) asked Trevor to remix House of Pain, resulting in a top ten record, which helped launch Jackson's musical career via further remixes Massive Attack, Run DMC, U2, The Cure and countless others. Off the back of his remix success, The Brotherhood signed a deal in 1994 with Virgin Records. Their 'ELEMENTALZ' album was produced by Jackson and is still lauded by many as one of the finest British hip hop albums of all time.
Jackson continued to remix and produce as The Underdog until managerial issues forced him out of the project he'd been instrumental in instigating.
Soon after his close friend and manager tragically passed away - which when combined with the UK hip hop scene becoming increasingly volatile and the moral demise of rap culture in general - convinced Trevor to hang up his hip hop hat for good.
After leaving The Brotherhood he started Output Recordings. Internationally and sonically diverse, it gave Jackson a free reign to do as he pleased, with genre twisting releases from the likes of Fridge, Four Tet, Sonovac, Colder, his own PLAYGROUP project, The Rapture and LCD Soundsystem. With a non-compromising attitude, strong DIY aesthetic and consistently groundbreaking releases across its ten year life between 1996 and 2006, it became one of the most important and respected independent labels in the world. 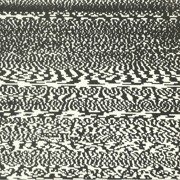 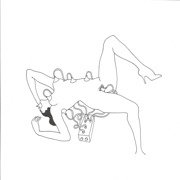 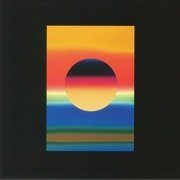 Dark They Were And Golden Eyed / Trevor Jackson /