The Single > Side A 'PARALLEL UNIVERSE' is T.D.O.S. debut single featuring Thai rapper MC Sinnamon (Dujada-Dubway), is an cosmic trip between the heat of Chennai's bazars and Bangkok chaotic streets. Based on a rare indian library sample, Side B is 'WAT THAT TONG' featured samples of Thailand molam queen Yenjit Porntavi with modern dub beat and indian percussions. The Artist > The Dude Of Stratosphear aka T.D.O.S. is Jerome Doudet (Swiss/French artist and bass player based in Bangkok). DJ, vinyl collector, musician, graphic designer and East Asian music connoisseur, The Dude of Stratosphear was groomed in the vibrant alternative scene of the very international city of Geneva Switzerland. Growing up in a musical household (His father was a disco DJ), Growing up in a musical household (His father was a disco DJ), Jerome was exposed to a wide range of music at very early age, and started playing the 4 strings at the age of 10. Bass player in the swiss math-core bands Knut for a decade, he toured intensely all around Europe's biggest venues and festivals. He also joined the very underground american band Half Japanese for a couple of european tour and recorded the album Bone Head in 1997. And on top of the list was opening for the mighty KISS with the canadian band Bionic (CA) at Molson center in Monteal. Also member of various bands such as Imericani (SP/IT/CH), Intercostal (CH), Troll Patrol (CH), Bliscappen Van Maria (CH-IT), Edison (CH), Polar (CH-FR), Prejudice (CH-FR), Buz (CH), Void (CH), Ultra DB (CH), to name a few. Aside from the rock scene, he was also part of the multimedia team Ultra Pepita , developer of the today's world famous VJ software Modul8. 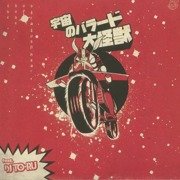 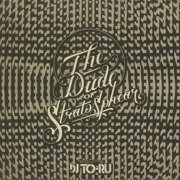