In 2014, Ultramajic's Jimmy Edgar received information about an East Detroit storage unit auction containing vintage recording equipment and historical items of Detroit Techno descent. We were only able to take a 1 minute peak at the dark and dusty unit before the bid, it was clear there were at least 1000 vinyl records and some miscellaneous recording equipment. ULTRAMAJIC came into the possession of over 100 DAT and 1/4" reel tapes. One box contained meticulously dated tapes from 1995 -1998 with sharpie inscription "ASHTAR LAVANDA". We had never heard this name and google search didn't bring back many results. We had uncovered a hidden treasure of Detroit Electro. The Ashtar Lavanda tapes led us on a journey to find out who the producer behind the sound was, and furthermore how did this music never get released After nearly two years, we managed to connect with Ashtar Lavanda to present this music to you. Like others during this time, Ashtar Lavanda was sharing lesser known analog studios that catered to electronic music artists during the late 90s. Studio time was expensive so the tracks had to be recorded same day. With this release and upcoming archives of his music, he will be known as one of the true pioneers in late 90s Detroit Electro alongside artists such as AUX88, Ectomorph, Dopplereffekt, and Drexciya. "I just wanted to see my music on New Dance Show, I wanted to hear it on 97.9FM but I didn't have the hustle to get the music out there" Ashtar Lavanda resides in Detroit to this day and currently works in the medical industry. 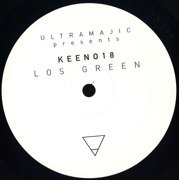