Paul Rose's career has enjoyed a unique trajectory that affords his reputation as one of the scene's most forward thinking artists, label heads and promoters. Always the risk taker, his Hotflush imprint is credited as a key force behind the evolution of bass music, whilst his ground-breaking booking policy for the sub:stance night at Berghain opened up one of the worlds most revered venues to new sounds and musical possibility. Today he continues to challenge the status quo of electronic music through a packed touring schedule, various artistic projects of his own and a weekly radio show platforming new material.

'Caibu' is his first album as SCB and incorporates material from the 'Below The Line' and 'Old Media New Society' EPs of last year. Preceding the release a third EP - 'Engineered Morality' - will drop 16th March, continuing to explore the fictional narrative in which a hypothetical timeline is corrupted by a climate-related disaster. The title of the album itself refers to an imagined surgical procedure where cognitive ability is augmented through transplant from one brain to another. As such, 'Caibu' and its accompanying EPs invite the listener to forge their own ideas on the development of society in the context of crisis.

Within this dystopic setting, 'Caibu' draws strength from introspection. At times trapped in a pressurized container, at others floating through vast spaces; SCB merges subdued hypnotism, syncopated basslines and visceral ambience to find his centre. Metallic surfaces are moulded into polyrhythmic patterns replete with ricocheting drums, whilst unfamiliar acoustics provide a backdrop for the unfurling narrative.

Artwork for the three EPs and album commissioned by Jonathan Lawrence. 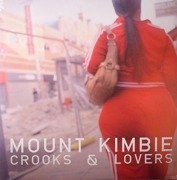 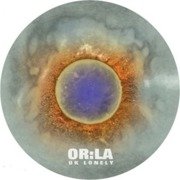 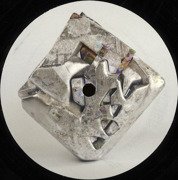 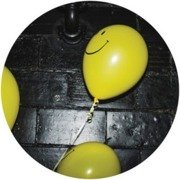