California psychedelic folk singer Linda Perhacs released her first album, Parallelograms, in 1970, but it was really not noticed or appreciated. In the 1990s Parallelograms gained a following and was reissued several times. Perhacs' unlikely musical career was resurrected and she released a CD in 2014 and another one, I'm In Harmony, in 2017. This double black vinyl LP is exclusive to independent record stores. 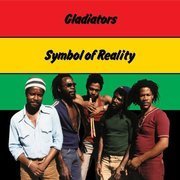