It wouldn’t be an overstatement to say that Opium is currently the most talked about club North of Berlin. Vilnius based spot has built its reputation slowly but surely to become one of the brightest lights in the night sky of Europe. The club has earned the admiration of local crowd, loyalty of visiting artists and respect of industry insiders by nurturing unique local talent, bringing cutting edge House & Techno acts on a weekly bases, building a devoted community and rocking the parties of the highest intensity and unprecedented intimacy. Its no wonder Boiler Room and Resident Advisor both came knocking on the door in 2017 for special features and events. 2018 marks another milestone in club’s incredible journey: the first ever music compilation entitled “Opium of the People", a rock solid collection of 13 unreleased tracks by core residents and the members of extended Opium family from all around the world featuring Tel Aviv’s producer and song writer Autarkic, Australia-born-Europe-bound New Age travellers Dreems and Kris Baha, Canadian smooth operator Thomas Von Party, Frankfurt’s Musikmaschine Lauer, German-Mexican studio encounter of Sebastian Voigt & Theus Mago, Berlin based Spanish fashionista Hugo Capablanca, Detroit legend Sharif Laffrey and Russian crate digging trio of Leonid Lipelis, Sergey Krylow and Ilya Simonov under the name of Plungerbird x Beard in Dust. Most of them are coming to Lithuanian capital’s hot spot so often, they could easily start their own fan clubs in town. The local talent also gets a well-deserved attention. 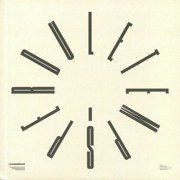