Throughout Ibadan Records’ deeply-rooted New York history and its ongoing transcendent surge into the future, there are certain special moments in House music history to acknowledge. This brings us to our 138th Ibadan Records installment by Kerri Chandler. Kerri Chandler was one of the many artists who benefited from Jerome Sydenham’s artistic direction. The two initially met in 1991, when Sydenham was a part of the A&R team that signed Chandler’s debut single to Atlantic Records. After Sydenham founded Ibadan Records in 1995, the two collaborated on several groundbreaking projects that stand as a testament to House music history and to their long-lasting friendship. Chandler’s early career evolved through illustrious House remixes and productions. Tracks like Drink On Me, Shoe-B-Doo, While We’re Young and Ain’t That a Bitch truly exemplify the trailblazing and original innovative spirit of Kerri Chandler and the birth of his signature sound. Presenting New York Chronicles Vol. II 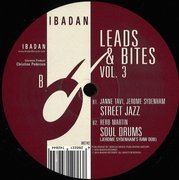 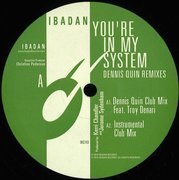 You're In My System (Dennis Quin Remixes)