Here To Hell is an Australian label project conceived by The Presets' Kim Moyes, and Revolver resident DJ Mike Callander. This, the second release on the label is their first original work as Zero Percent.

After dragging Aussie rockers The Drones onto the dancefloor with HTH001, the Here To Hell label bosses show us a little more of what they're all about. Volumes is raw and tough, focused on groove and aimed squarely at late night dancefloor hypnosis.

Named after one of their early live performances, this first Zero Percent outing demonstrates the direct link between their live shows and studio sessions. With Kim and Mike living in different Aussie cities, their production sessions are few and far between. Often these long weekend jams coincide with the hangovers and sleep deprivation that come with gigging in each other's cities.

From all of these sessions across the last few years, Volumes stood out as their first work that satisfied the NO BRAINER test... that is, if you don't need to explain it, then the job is done and the dancefloor can fully consume it.

On the flip Kim and Mike invited The Mole to deliver his own version of dancefloor hypnosis, and they were most satisfied that he also delivered a fantastic NO BRAINER that now appears in all of their DJ sets. 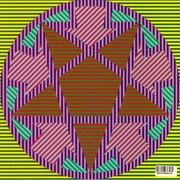