The label’s first release sees legendary Aussie band The Drones being remixed for the first time. Their song “Boredom” from the album “Feelin’ Kinda Free” has been twisted into two dancefloor interpretations (plus a dub of each): Side A is by K.I.M, who takes the original’s Aussie Rock to the disco, and Side B is by HTH label bosses Zero Percent, it’s their first official published work and explores the darkness of the original instrumentation that underpins Gareth Liddiard’s exceptional vocals. 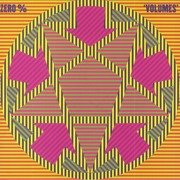