A year after the heartbreaking loss of “brother” Scott Hardkiss, Gavin and Robbie Hardkiss will release a new album: Hardkiss - 1991. Back in 90’s San Francisco; Scott, Gavin and Robbie Hardkiss helped pioneer the American EDM/Rave scene with their club nights, warehouse parties and groundbreaking record label. They forged a new direction for dance music with a string of vinyl releases culminating in the seminal compilation, “Delusions of Grandeur". It made the Billboard Dance charts, went to #1 on the Rolling Stone Alternative Album chart and launched the international DJ/production careers of the Hardkiss brothers. Reunited in the Bay Area three years ago, Gavin and Robbie have produced a new album that stands tall in the often repetitive world of electronic dance music. Named for the year the Hardkiss collective was formed, 1991 references the sounds and sentiments of their early rave days while exploring new musical directions. Recorded in San Rafael, California, the album took shape in two home studios that are separated by a hillside hike. Most of the songs feature Robbie Hardkiss on vocals with additional vocals by Austin’s Tameca Jones and New York rapper turned singer, Scavonne. The focus was to create timeless beat/bass grooves within compelling contemporary songs that work for DJs as well as for a good listen. There’s strong emphasis on sound design, intricate synth work and vocal editing and processing. With the help of mix engineer Luke Argilla of Bachelors of Science, the album took a full year to mix after the recording was complete. Wishing to remain connected to their vinyl roots, Hardkiss has also partnered with UnCut Records to manufacture limited edition double vinyl records of the album 1991. 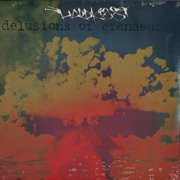