Sebastien Doring - better known as veteran deep house and disco fusionist Lovebirds - has been pretty quiet of late, by his previously prolific standards at least. Happily, his first single of 2018 is one of his strongest releases to date. "Dove Sei" was seemingly inspired by Tullio de Piscopo's Balearic classic "Stop Bajon (Primavera)", though the A-side "Original Deep Mix" is far dreamier and synthesizer-heavy than that cut, and is underpinned by a particularly chugging electronic groove. The Raiders of the Lost Arp mix, rich in glistening but urgent guitar riffs and jazzy Rhodes solos, is arguably the pick of the pair, though SIRS' more Italo-disco influenced take is also rather tasty. 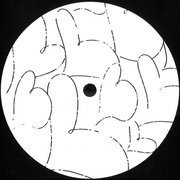