No money, no honey goes the saying. So with that in mind, Honey Soundsystem returns to the aisles of your favorite (and least favorite) record stores with a money $hot 12 inch, four tracks that bring all dance floors into states of full release. Honey Soundsystem has been on the road seemingly non-stop, visiting foreign cities and meeting delightful characters on the way. This EP is a “tour diary” of sorts, 4 tunes that we have been road tested to the nth degree and now we want our friends, fans, and foes to have them too. A1 features a track by San Francisco’s Sepehr - the most ID requested track from our Chapter 10 Boiler Room finally revealed. A2 is by Stockholm’s Henrik Bergqvist, a tune Jackie got his hands on after a crazy night of rolling and accidentally voguing on top of Henrik’s computer bag. Derrick Carter approved the use of his voice as long as it said “Snatched from DC” -thanks Derrick! B1 is by the twink-porn worthy bio-brothers from Berlin: Morven Son - a horny moderne Electro classic featuring a secret sample from one of the more fabulous 90s movies about a sex worker. B2 is a hidden gem demo from Bogota’s Lunate. While visiting Bogota to play a gig at the legendary Video Club, locals kept pointing fingers at one guy when referencing the man in town making the music we needed to hear. That guy was Lunate and this one of those beautiful and simple tunes you can play at the beginning, middle, or end of any night. 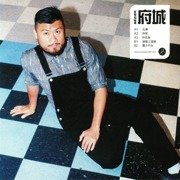 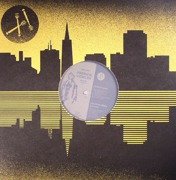