“I think of myself as a naturalist no matter the palette,” says Lori Scacco, the New York multi-instrumentalist, composer, and electronic musician whose new album, ‘Desire Loop,’ is Mysteries of the Deep’s third full-length LP. Natural indeed: Scacco’s music effuses warmth, enveloping listeners like a gentle embrace. Her first album, ‘Circles,’ was released in the early aughts on Eastern Developments, an imprint co-founded by Guillermo Scott Herren, aka Prefuse 73. She spent much of the interim period composing music for performance, film, and classical ballet, influences audible throughout ‘Desire Loop.’ Flush with incandescent scree, bubbly synthesizer, and easygoing dulcet tones, the album’s simplicity belies its emotional impact. At times — “Cosmographia” and “Other Flowers,” for instance — Scacco’s songwriting approaches a therapeutic purity that feels nearly virtuous, immaculate. This is by design: she wrote this album as counterpoint to today’s destructive political landscape. “I had to create an empathic means of access for myself, and in turn, for the listener, using the core of all that I value as my way into the music,” she explains. “I wanted to provide a vehicle for the listener to impart their own emotional experience without imposing my own meaning. I found myself returning to that space over and over again.” After listening to ‘Desire Loop,’ we expect that you will, too. Releases on Eastern Developments, Too Pure. 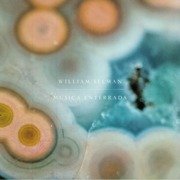