Original press release 1996: âThese tracks will not appear on any other Future 3 release in the future - except of course if someone should get the idea of releasing a ''Rarities'' album in 25 yearsâ time or so.âÂ Not quite 25, but more than 20 years after its release the ''The Boy from West Bronx'' is now reissued in a contemporary context with remixes by Ãrhusâ finest: Central, Ti (DJ Sports) and C.K! Released in 1996 on seminal Danish label April Records âThe Boy from West BronxâÂ is a timeless breakbeat classic, which along with other Future 3 releases came to define the forefront of Danish electronic music in the late nineties. Up to this day the trio have had a huge influence on the contemporary Danish electronic scene, releasing music together as Future 3 and System and individually as Dub Tractor (Anders Remmer), Acustic (Jesper Skaaning) and Opiate (Thomas Knak). 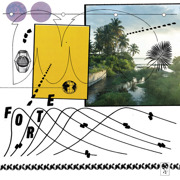