After the success of his latest album, Inna Babalon, and the first BTEC Version EP, we are pleased to see the second installment of the latter drop on our shelves so quickly. What is special about John T Gast's music, apart from its creativity and an uncanny ability to avoid categorization, is that it sounds so damn relevant today. In a social sphere that's constantly preoccupied with elements of dystopia, the producer's music alleviates some of those tensions by making them a physical reality. The opening "Club Version" is, on first appearance, a placid house tune, but it quickly transforms into its own style of sci-fi thanks to all sort sof subtle sonic infusions at the periphery of the leading sounds. On the flipside, "Jettison II" heads into a spiral of hypnotics thanks to the track's circular use of sounds and what seem to be helicopter recordings, whereas "NUN-1" portrays its own sort of mysticism with shattered percussion and an inherent feeling of gloom and doom... which we are totally bought into. Sick. 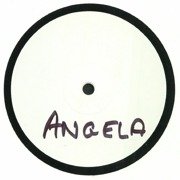