Antoine Harispurus was raised by a robot called V.I.C.T.O.R. The robot took care of little Antoine and early on he gave him music lessons and also the right equipment, for example a Roland 808. Robotic, mechanical precision became significant for Antoines music and soon he left the safety of his mothers toy store for the huge European club scene under his new pseudonym 'Golden Bug'.

This year he releases two songs as a 7 inch vinyl and in digital format on Hoga Nord Rekords. The A-side, 'Viaje A Tenderloin' sounds like the inside of an East German military liaison in 1975 where the tabulating machines haven't had service since the raise of the Berlin wall. On the B-side 'Hitodoma', guest vocalist Jessica Ho is plays with her voice in a bubbly way above Golden Bugs characteristic metallic, world music influenced sounds and beats. The music would fit perfectly in a vast alien mountain landscape.

In conclusion, the music on this 7 inch is the sound of human and robot in close symbiosis - Golden Bug is music by robot and human for robot and human. 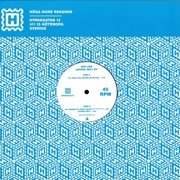 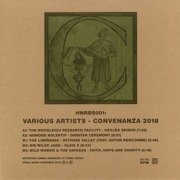 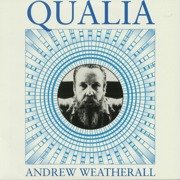 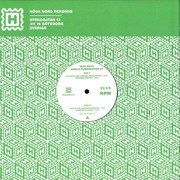 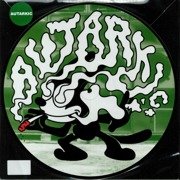 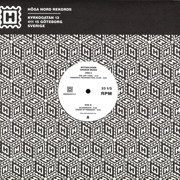