Denis Sulta has announced new offshoot to his Sulta Selects imprint, 'Silver Service'.The debut release comes from Cromby - an Irish born, Berlin based producer on the up. Following a thumping set at Belfast's beloved AVA Festival, his new EP will be released on 21st September and features three peak-time club weapons, inspired by the sounds of classic Chicago House. The lead Futurola is a hard-hitting, jacking house track that packs a fierce bassline and emotive punch, whilst B1, Barneymania is a Chicago-tinged acid roller that layers melodic chords, the EP ends with the dark and sci-fi-tinged electro of Fandango.
The new label follows on from Denis Sulta's Selects imprint - home to three volumes of his own essential 12' series 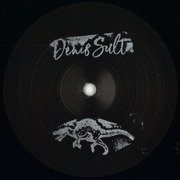