Distortion, static electricity & drum machines turned up to eleven, your next Punk-E Rave Party can be appropriately soundtracked with SQUIRRELS ON FILM's 3rd (or 4th, who's counting) EP, ready to de-sanitize any dancefloor prepared for the adventures in sweat-drenched HEAVY RAVING contained within.
Label Headz Solar & C.l.a.w.s. reach beyond their hometown of San Francisco, to Mexico City's Yoan Rodriguez LOKIER. Her first full EP for the label, following the appearance of Headless' on the limited edition Various Squirrels Volume Two, contains four tracks of enthrallingly unkempt body music & neo-goth techno depravity. The Artist & DJ currently based in Berlin is half of She Made Monster with Morgan Hammer, & her remix work appears on Throne of Blood, Ivan Smagghe's Les Disques de la Mort & elsewhere.

Last One' is first, a gritty workout in horror rave, all overdriven drums, intricately programed to build alongside arpeggiated synth bass and slasher flick strings, at once classic and contemporary. Not Always Works' is sleazier yet, featuring LOKIER's distinctive dead-pan distorted vocals, heard recently on Krikor's LP for L.I.E.S., put to great effect here atop an ear-worm synth riff and again expertly programed drums, never afraid to bleed into the red. Atonal, yet bizarrely melodic strings and pads drift confidently above. Tmrrw' makes use of vocal samples over a pummeling industrial techno explosion... like a Nitzer Ebb cassette that's been duplicated too many times, turned up way too loud, with an angry goth banshee queen telling it like it is through a broken fuzzbox. What Is Truth' rounds things off in the murky dub/electro bog of your most lucid nightmares, the drums and synths awash in tape echo and reverb.

LOKIER's music sits perfectly within SQUIRRELS ON FILM's left of center techno punk aesthetic, albeit with clear intentions on the feral dystopian dance party happening near you. SOF is very excited and honored to unleash this wild squirrel into the civilized world, packaged inside another eye-catching, original hand-drawn full color sleeve by New York artist Bert Bergen. It should be clear by now: SQUIRRELS JUST WANNA HAVE FUN. 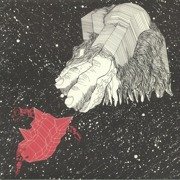 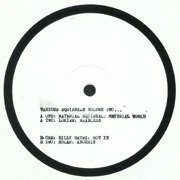