Former L.I.E.S. and Apron regular Greg Beato struck out on his own in 2017, establishing the Ni Un Pero label as an outlet for his work. He's not released all that much since, though last month's "Cum In Peace" two-tracker suggested there was more to come. At five tracks deep, the "Dade EP" is the producer's most action-packed release for some time. There's plenty to enjoy throughout, from the ricocheting percussion, jaunty electro bass and spacey electronics of opener "Tres" and the deep lo-fi techno shimmer of "Cero", to the restless percussion, alien electronics and clanking industrial drums of EP highlight "Hasta". Wonky closer "El Fin", a kind of deep space electro/lo-fi P-funk fusion cut, is also inspired. 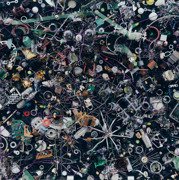 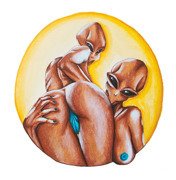