Another must have part of Marc Mac's "Beats n knowledge" series of mixtape style albums. l

A Documentary on Wax. Looking back (and forward), reflecting on the movement / organisation known as "The Black Panther Party for Self-Defense. Often the term "Self-Defense" is left out of discussion and far too often knowledge of the social programs developed by the Panthers gets push aside to continue a narrative of a violent group of anti-society revolutionaries. Revolutionary yes, anti-society no. All Power To The People.

Produced by Marc Mac and pretty much all straight out of his MPC2500 (sampling sequencer), the 'college mixtape' style with sound bites from the era mixed with 90s style hip hop beats is now a trademark of this series. Limited to 300 copies worldwide. don't sleep. 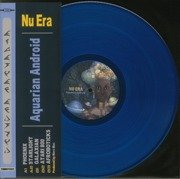