Joe Nice’s Gourmet Beats imprint has become one of the most forward-thinking and wide-ranging labels in the scene, and he’s kicked off 2019 no differently with a mammoth EP from KOROstyle. From the frantic, crunchy refrain of ‘Body, Mind & Soul’ to the smooth, undulating groove of ‘My Long Shadow’ the French-born producer has wrestled 3 tracks into existence that could find a home effortlessly in any grime or dubstep set, setting him up to be one to watch this year. Who doesn’t love a track that knocks you off your chair and out of your mind straight from the off? ‘My Long Shadow’ does just that. An unassuming opening is stopped in its tracks after the earth-splitting bass comes in to push you this way and that with a deep, elemental force. The saxophone that cuts through each breakdown has me checking my own long shadow, as if I’m watching it curl and dissipate through the smoke and steam of a film noir alley, watching my back as I pull my trench coat close and stumble through the dark. The title track ‘Body, Mind & Soul’ sets a marching pace with drum line snares and is the point where KOROstyle starts to tease in elements of grime, showing the influence it has had on the EP. The refrain which is chopped and screwed through the song repeatedly tells you that this is music for the body, mind and soul. I am going to say that it is for the body more than anything, as it physically moves you, both in headphones and on the dance floor. ‘Firaga’ continues to showcase the grime influence to round off the EP. The build up is enough to induce heart palpitations and is filled with panicked anticipation, the spaceship alarm system atmosphere generating the momentum that propels you into the song. The jack-hammer synth punches you in the gut without mercy and doesn’t give you a moment to collect yourself until 3 minutes later, when you’re left exhausted but exhilarated. The EP as a whole covers a lot of musical ground, spanning varying influences and ideas. This could have lead to a “jack of all trades, master of none” sort of situation, however KOROstyle has managed to pull a piece together that draws the elements together in a way that is in no way disconnected. Like I say, one to watch for 2019. 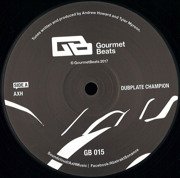 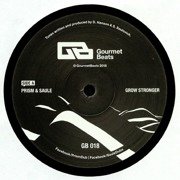