Taken for the widely played and adored Lenny Williams Spark of Love Album, which was released during the Disco Era of 1976 and featured disco hits like, 'You got me Running', I still Reach and 'Midnight Girl' comes 'Changes.'

Edits and Overdubs Produced and Performed by Joaquin Joe Clausell; Changes is the tune that was mostly ignored from the extensive Lenny Williams music catalogue.
Similar to his past works where he chooses songs that are mostly un popular to the outside world but classics amongst himself and his siblings at home, Joaquin Joe Claussell takes this Jam that he used to groove to at home as a young teenager, lifts it out from obscurity and turns it into something that will sure be played by most DJ's who are into the Lenny Williams Sound, soulful disco and beyond.

Listed at a time length of (5:03) Joe cleverly up lifts this soulful disco composition and extends it to a time of (9:01). He achieves this, as usual, with respecting the original composition and with never anyself-masturbation. In the end, the results are a New Disco Classic that drives with relentless energy and enough soul for anyone who's seeking more soul that hailed mostly from the urban side of American disco music.
So, listen, dance and spin. 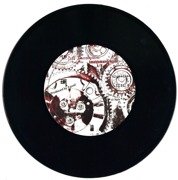 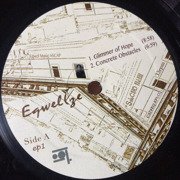