“Boomerang” was first recorded in 1979, when the Broomfield Corporate Jam leader was attempting to plot a solo career. It was the first cut Aaron Broomfield recorded under his own name – Initially, at the family band’s home studio, Kilimanjaro, and later at professional studios in L.A and Miami – but it was never released.

“I always wanted to be able to share ‘Boomerang’ with my fans some day – I didn’t release it back then because I thought the time wasn’t right,” Broomfield explains. “It was so different to what was considered commercial then and felt ahead of its time.”

Before deciding against releasing it, Broomfield had two test pressings made. It was the accidental discovery of the one remaining record by digger Arun Brown (the other perished when Broomfield’s Kilimanjaro studio was damaged by a fire in 1996) that set in motion the chain of events that finally led to its release.

The jacket boasts a written essay by Broomfield himself, telling the remarkable story behind the song. The wax features the two versions of Boomerang, of which both were meticulously restored and re-mastered by celebrated Australian sound engineer, Dan Elleson.

Head to side A for the “test press” version, a cosmic, starry-eyed chunk of elastic Miami disco-funk where the Broomfield family’s killer instrumentation – all rubbery bass, deep space synths and crunchy Clavinet motifs – arcs around the sound space like a boomerang in flight. The vocal arrangement, in which Aaron Broomfield’s conscious lyrics come through loud and clear, brings it home. On the flipside, you’ll hear how dynamic the band was through the “Demo Version” - a relaxed, loose and spacey groover that sounds as ahead of its time in 2018 as it would have when it was recorded in 1979. 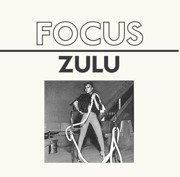