Comprised of Sello Mmutung and Keith Hutchinson, the original six track album 'Zulu Disco' was laid down in Johannesburg circa 1983.

The original release has almost mystical qualities, no-one actually knows if it had a vinyl release or not. The only known media that exists is the cassette this was mastered from. A super strong EP that doesn't have a weak moment, side A for the full dancefloor, side B for deep afrocentric, mid-tempo chuggers. Including the original version of Picnic, later covered by Starlight and Kumasi.. 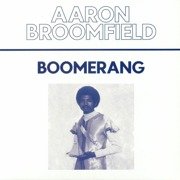