Italian producer Giuliano Lomonte enjoyed a stunning breakthrough year in 2017, with tracks such as 'La Musique' and his Brouqade debut, 'Reflections' immediately marking him out as an artist worth keeping tabs on. Equally as adept at turning his hand to minimal pastures as he is rough-and-ready techno cuts, he returns here to Dana Ruh's Brouqade courtesy of an EP that goes some way to cementing his reputation as a producer of some renown.

Featuring two gloriously atmospheric cuts, the Dramadam EP kicks off with the brilliantly titled 'The Colour of Dramadam'. A deep, dubby techno cut, its not lacking in groove, with its intoxicating loopy vines sure to work a treat on any dancefloor it's allowed to let loose on. A perfect track with which to bring the night toward more peak-time territory, its many melodic flourishes are every bit as colourful as its title lets on.

The B side is no less emphatic. Characterised by a host of squelchy acid tones, it's another vibe-heavy number that keeps the listener second-guessing from the off. More hypnotic sounding than what's come before, it too is sure to prove a popular DJ tool over the coming months.

An EP that compounds Brouqade's reputation as a consistently eclectic and varied vehicle for discerning electronica, Giuliano Lomonte's presence here is very much a snug fit for both parties. All things told, this is top drawer stuff from an artist - and a labe =l for whom we've come to expect nothing less. 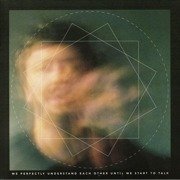 We Perfectly Understand Each Other Until We Start To Talk