A very warm welcome aboard to the splendid AMERICAN STANDARD label !!

Critical & hedonistic acclaim have already been lavished on this Charleston based sonic excavator of considerable note, so we won't bore you with an exhaustive biog, mainly because there isn't one.
The music is most definitely left to do the talking as this one man 'Folly Beach Psychemagik' fills the record boxes of the world's most discerning diggers with treasure beyond measure.

So, for this latest 3 piece for American Standard we're firmly in the FM synthesis musical district of early 80's planet earth.
70's session players still strung out from the previous decades' debauchery tried their hand at piloting these electricity powered units to wildly varying degrees of success.
Luckily for you, Jaz has been kind enough to find and reload three of the finest, more esoteric, obscure but eminently playable moments from this fertile era for some primo 'back to the future' frugging... 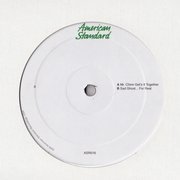 Mr. Chinn Gets It Together / Sad Ghost... For Real 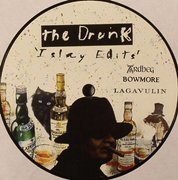