It's been four years since A&R Edits ceased releasing music after serving up nine essential EPs between 2013 and 2015. This return to action has been masterminded by Merseyside scalpel fiends Greg Wilson ("GW") and Henry Greenwood, whose fine revision of Neneh Cherry's "Buffalo Stance" kick-started the imprint six years ago. A-side "Disco Mondo" is a rolling revision of a lesser-known breathy disco jam of (we think) Italian origin. It boasts a metronomic groove, wah-wah guitars, elongated organ chords, congas for days and a few well-placed swirling electronic effects. Over on side B, "In The City" is a dreamy chunk of mid-tempo, Italo-disco influenced synth-pop. 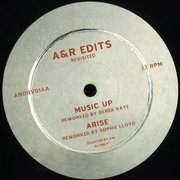 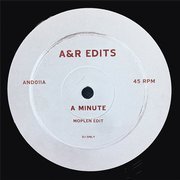