MOTHER RECORDINGS don't let up on the release schedule pressure as they look to returning label artists MAT.JOE for a new two tracker. This Berlin based duo are one of the most talked about duos on the circuit at the moment with releases on Toolroom, Hot Creations, as well as MOTHER in the last 6 months. They also received a best newcomer nomination in the recent DJ Awards for Ibiza and have also had two number 1 Beatport Tech House Hits in 2016. They are known for really cooking up fresh club sounds each and every time they release, and this new BLOW YOUR MIND EP is no different.

DANCE MACHINE goes first and is a rolling house cut with rubbery drums and slick bass. Vocals add fuel to the fire, some colourful melodies bring the soul and the whole thing really will kick start any set and get people on their toes.

On the flip, BLOW YOUR MIND is more quirky and left of centre, with high pressure drums and wonky bass all laid over by a freaky lead synth line that has a life of its own. It adds a freshness and funkiness to the drums that builds and builds to a tense and sensory peak. 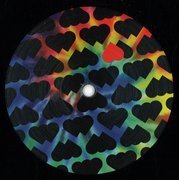 Swipe The Card / Make You Move