Christopher Joseph is back on his Flexxseal label with four enthralling tracks entitled "Eye in the Sky".

He's an emerging talent from from Massachusetts who now resides in Berlin. His productions encapsulate, his vast musical background which includes studying Jazz percussion and living in the vibrant musical hubs of New Orleans and Berlin.

"Eye in the Sky" sees Christopher return to his invigorating Flexxseal imprint following releases from himself and Philadelphia's DJ Richard which together garnered heavy support from the likes of Ben UFO, Call Super, A Made Up Sound, I-F and many more.

"Eye in the Sky" kicks off proceedings with ethereal leads floating underneath electro-fuelled percussion and swirling synths together sending the emotions skyward while vigorously, resonant drums fused with rave- induced modulations and twisted melodies lay the focus in "Lick The Honey".

On the flip, "Nothing69" delivers growling resonations, breaks-tinged drums and otherworldly arpeggios that keep you enticed throughout until "Leaving Ringworld" rounds things off with a vintage, warehouse techno track featuring an effervescent, rolling groove sequence, spiralling oscillations and industrial feels throughout. 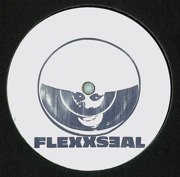 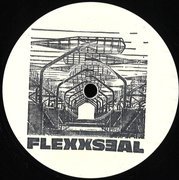