Under the SolarX alias, Roman Belavkin was one of the leading lights of the Russian IDM scene in the mid-to-late '90s, though very few copies of his cassette and CD releases ever made it in to record stores outside the former Soviet Union. Furthermore, this is the first ever reissue of Belavkin's 1997 sophomore set, "X-Rated", an album that remains a firm favourite in the Russian electronic underground. There's much to admire throughout, with Belavkin effortlessly joining the dots between the skittish, angular rhythms of Autechre, Rephlex-esque "Braindance", Aphex Twin style ambient, early Squarepusher-esque "drill and bass" business and hypnotic ambient techno. 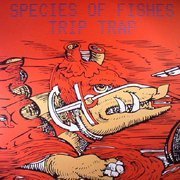