Ionisation is the first LP by Italian poet Adriano Spatola. Born in Yugoslavia in 1941, by the age of 23 he became a major force in the Italian avant-garde. “Towards Total Poetry,” Spatola’s critical study on the state of modern poetry, spells out his position: “to become a total medium, to escape all limitations to include theater, photography, music, painting, typography, cinematographic techniques, and every other aspect of culture, in a utopian ambition to return to origins.” Graphic poetry (cut-up zeroglyphs), volatile and beautiful prose (particularly his books The Porthole and Majakovskiiiiiiij), and of course sound poetry, represented here for the first time. Spatola was the editor of many underground publications: Baobab (a legendary audio-cassette magazine), Tam Tam, and Edition Geiger. Each of his pursuits spread the margins of the format, all done with a relentless, piercing curatorial eye.

Spatola has dark, drunken wit in spades. In his sound poems, an even more saturated persona is conjured. A desperate humor sneers through this LP, a humor that has surrendered to the severe joke of life long ago - lashing out on syllables and ingrown word games. Particularly, his classic “Aviation/Aviateur” (akin to his “Seduction/Seducteur,” & “Violacion/Violateur” etc.). Read by lesser performers, these pieces would falter and float by in the trough, though Spatola’s bull-like confidence tears through. “Poker Foundation” features the poet hysterically singing “the play of the words” over a classical radio piece, mocking and squawking against the string swells. Steve Lacy plays scissors, knife, and saxophone on “Hommage à Eric Satie,” a piece originally recorded for the luxurious Cramps LP boxset Futura. Collaborators Gian Paolo Roffi and Paul Vangelisti are also featured across the collection.

The LP concludes with the titular work “Ionisation,” recorded just days before his premature death in 1988. Feeling his sinking health, his belly in the quicksand, he prefaces the piece, “a funeral march for my body.” He proceeds to scrape and pound the microphone on his chest, face, and clothing. This thick pumping of Adriano’s torso rapping across the speakers abruptly stops after two minutes. A piercing moment.

I was born the day after Adriano died, which has some poetic meaning to me, naturally. I am indebted to him, his sickly sweet manner. The opportunity to publish these largely unknown sound works is an honor which brings a warmth to my torso. Much appreciation goes to Giovanni Fontana (poet and dear friend of Adriano), who helped produce this edition with me. “Every single word has been a tempest of gestures.“ 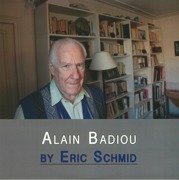 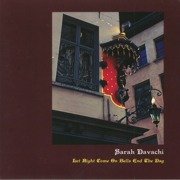