Spanish producer Pedro Vian is dreaming of the sea on “Ibillorca”, his third studio album.

Vian, whose Modern Obscure Music label is at the heart of the Barcelona electronic scene, moved to Amsterdam in 2018. While the Dutch capital has embraced this inventive producer and DJ, Vian says the new album is inspired by a feelings of absence and longing for his Mediterranean home. “On this album I explore my feelings of missing the light,” he says. “Ibillorca is a journey to a utopian island, a journey to a new state of mind.”

You can hear this displaced utopia on songs like “Can Mortera”, a dreamy reflection on house music, recorded in Ibiza in summer 2019, that brings to mind Larry Heard at his most meditative; or “Medusa” (featuring artist Rosalie Wammes), which sounds like Tangerine Dream drifting over the sea.

The Quietus called Pedro Vian’s debut album “Beautiful Things You Left Us For Memories” “the soundtrack to walking around the city at night”, while his eponymous second album was both deeply personal and more suited for the dance floor. “Ibillorca” is his Mediterranean album. “I love the Mediterranean sea,” Vian explains. “I come from there and I miss the light, the sun and the smell of the sea, so I dedicated this album to this feeling.” Fittingly, “Ibillorca”’s enigmatic cover art, painted by Spanish artist Blanca Miró, depicts the Mediterranean islands of Ibiza & Mallorca

“Ibillorca” is also Vian’s most varied release to date: “The Destiny Manifest” nods to drum and bass - albeit a touchingly Iberian take on the genre - while “Western Snow” has a hint of Erik Satie’s piano minimalism. Vian’s new home in The Netherlands also played a role in shaping “Ibillorca” .Vian recorded the album during his residency at HetHEM, a new contemporary space in Zandaam, 30 minutes from Amsterdam. “I have my studio at the top of the building, from there I can see all the boats going up and down the river IJ,” Vian says. “The art space is located in an industrial area, everything is grey, also the sky.” All the better, then, for dreaming of the sea. 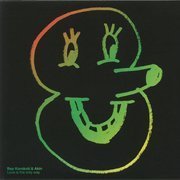 Love Is The Only Way 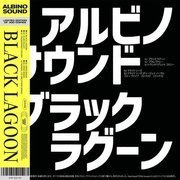 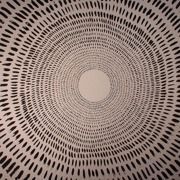 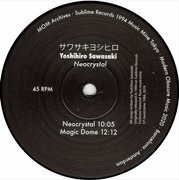 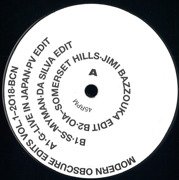