A long-time cult favourite among fans of obscure '80s synth-pop, this LP remains highly sought-after, and is rated as one of the genre’s top 20 records ever made by Minimal Wave label head Veronica Vasicka, who calls it “a beautiful record, inside and out.” This is our 2nd edition of the LP — it was previously reissued on Suction Records in 2002, but even that reissue is now long sold out, and the interest in this strange, utterly unique DIY time-capsule has not subsided in the least. The reissue was transferred and painstakingly remastered from perhaps the last sealed copy of the original 1981 LP in existence. We are proud to make this Canadian synth classic available again.

Ceramic Hello hailed from Burlington Ontario, about an hour outside of Toronto, and comprised of Brett Wickens, who composed and performed the more synth-pop-oriented songs on the LP, with clear nods to early-Ultravox and OMD, plus Roger Humphries, who contributed the album’s otherwordly, classically-informed synth interludes. Shortly after the 1981 release of the LP, Wickens moved to the UK to work for legendary Factory Records-associated design firm Peter Saville Associates, where he created iconic LP covers for the likes of New Order, Joy Division, and Peter Gabriel. The Absence Of A Canary’s striking cover, an eerie silver-faced enigma, was Wickens’ first LP design and has become iconic in its own right — an enduring signpost in the minimal synth underground.

The LP contains 14 songs, and is housed in a recreation of the original silver jacket, with an insert/poster + 4-page-lyric-sheet and equipment list (a reproduction - this was originally available by mailing to Ceramic Hello in 1981 - scarce few copies exist and we were finally able to obtain a scan for this new pressing!). 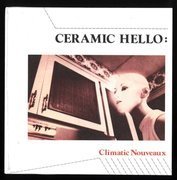 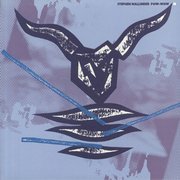