With an acclaimed debut album “Geography”, stratospheric streaming figures, sold out shows across the globe, collaborations with the likes of De La Soul, Loyle Carner, GoldLink and Novelist and support from John Mayer, Eric Clapton, John Legend and Elton John, Tom Misch has quietly but rapidly become one of the most celebrated artists of the last decade.
He takes it back to where it all began with the long awaited release of “Beat Tape 1”. First released on Soundcloud and Bandcamp in 2014, “Beat Tape 1” was an early showcase of Misch’s singular skills. Now featuring the previously unheard “Marrakech” , this collection of low-lit instrumentals perfectly weaves elements of jazz, soul and hip hop, composed, performed, mixed and mastered by the polymath himself. Taking inspiration from one of Misch’s key influences, J Dilla, it is an exquisite collection.
With a joint album with drummer, producer and jazz innovator Yussef Dayes set for 2020, Misch’s musical artistry and restless experimentalism will undoubtedly continue to push the boundaries of writing and production in unexpected and enthralling ways. 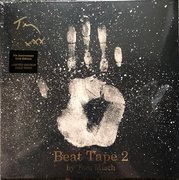