On August 21st rising DJ/producer Haider presents the ‘Endless Clouds’ EP on his own label Breaker Breaker, where pristine future electro meets high tech funk and raw, jacking house. This new release follows praise from a wide selection of world-class DJs and media for his past 12”s, not to mention achievements as label owner, party promoter, canny early spotter of talent and general proactive instigator. Now based in Berlin but originally from Sheffield via a stint in London, there’s a commonality throughout all of Haider Masroor’s music that links both thematically and geographically. His productions recall both Steel City bleep and its distant younger cousin bassline, using only sparse elements, with beats and bass at the fore, to deadly effect. London is audible too via the spiky energy of grime and the swinging shuffle of UK funky, and so is Berlin, evident in the sleek sheen and efficient precision. On ‘Maracuja’ lush pads, pitched-up vocal snippets, bleeps and proper electro beats ride atop a deep, purring bassline that unfurls like giant waves, with sub bass punctuation adding further hefty depth. The bouncy, punchy beats and pristine gleam of ‘I Came To Destroy’ are somewhere between celestial Miami bass and the aquatic grooves of Drexciya, again propelled by gigantic slo-mo bass tones. A modern take on the cut-up samples of 90s house, on ‘Grove Street’ Haider mixes elements of classic French touch, Chicago rawness and low fi outsider grit, to create something very enticing indeed. 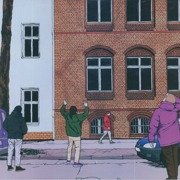 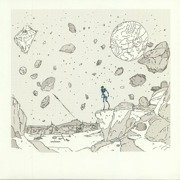 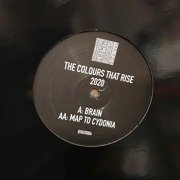