An Entertainment Icon, Snoop Dogg has reigned for more than two decades as an unparalleled force who has raised the bar as an entertainer and globally recognized innovator.  Snoop has released 19 studio albums, sold over 40-million albums worldwide, reached No. 1 countless times on Billboard charts internationally and received 20 GRAMMY® nominations. Snoop Dogg most recently released his highly praised and award-winning Gospel album, Bible of Love. He is currently working on his next studio album, I Wanna Thank Me, releasing this summer through EMPIRE. 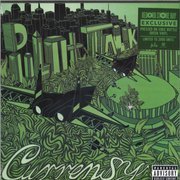