Suzanne Ciani is widely regarded, rightly or inaccurately, as America's first female synth hero, a woman who has described her connection to the now-delightfully ageing Buchla 200e machine as a "relationship". So you can imagine how seriously she takes her performances, and how sought after snapshots of these are to fans of all things coldwave and retro-futuristic.

Opening on 'A Sonic Womb Part 1', this is both Ciani and her beloved kit showcasing their full sonic spectrums in a starkly minimal arrangement, soft pulsating waves through to otherworldly computations of harmony and then what might be a field recording, if you took mic and tape onboard the Enterprise. In many ways, 'A Sonic Womb Part 2' picks up where that left off, taking us into soundscapes of desolation before springing to life as what feels like a layered, arpeggiated ode to the console bleeps of sci fi relics. 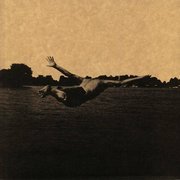 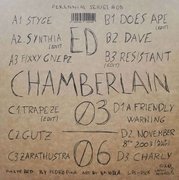