Before recording their stunning debut album, 76:16, Mark Pritchard and Tom Middleton were asked to prepare a set of remixes of tracks by shoegaze band Chapterhouse. This became Blood Music: Pentamorous Metamorphosis, a stunning set of lengthy ambient visions and gently unfurling electronic epics that combined repurposed and reframed samples from Chapterhouse's songs with Pritchard and Middleton's own mesmerising musical ideas. In turns hazy, haunting, otherworldly and intoxicating, the album's five "phases" are not so much remixes as revolutionary reworks that take of Chapterhouse's music to deeply psychedelic new places. As this freshly re-mastered, re-packaged reissue proves, it was, and remains, an astonishing piece of work. 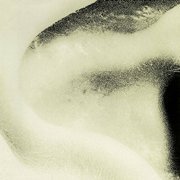