While some would argue that it was the Orb or Pete Namlook who defined the sound of the 1990s ambient movement, you'll struggle to find a finer set of immersive electronic tracks than Global Communication's 1994 debut album 76:14. Here reissued on vinyl by its creators, Tom Middleton and Mark Pritchard, with stunning, re-mastered sound (seriously, it has never sounded better), packaging and liner notes, the album still has the ability to take your breath away with its beauty, emotiveness and the almost neo-classical style of the duo's track construction. Highlights are plentiful, from the hip-hop influenced IDM shuffle of '9:25' and Namlook-ish bliss of '9:39', to the delicately layered choral vocals and deep chords of '12:18', and rushing release of the '8.01'/'5:23' double-header (better-known as 'Maiden Voyage'). 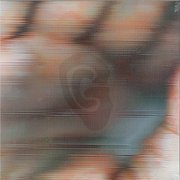