Italy seems to have no end of edit labels and now Groove Culture throws its name into the hat with this inaugural release. It finds Micky More & Andy Tee team up over three different cut and paste jobs, with JC aka Dave Lee aka Joey Negro's version of Diana Ross's classic 'Love Hangover' up first. Little changes but for the re-sung vocal, more strident groove and drawn out break down, but that's still enough for you want to hear it. The Sunburst Band's 'New York City Woman' then gets a rework which is deep and steamy for the late night hours, and an a cappella is also served up to close things out. 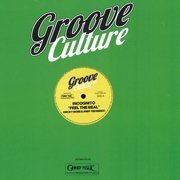