Acid Coco left Colombia many years ago, but it’s never far away. Channelling cumbia, punk, champeta, reggaeton and other tropical rhythms with electronic sounds in recording sessions that doubled as therapy, the Colombian duo have created a work of visceral emotion that traverses musical landscapes. Love, Colombia and memories of past lives are some of the sources that inspired the group in the process of writing and creating their debut album, Mucho Gusto.

Sometimes being apart brings you even closer.

These tracks were recorded over two frenzied sessions in Geneva; ideas, lyrics, music, memories laid down on tape (sorry, hard drive), a creative purge driven by emotional and physical collapse. Creation proved to be the panacea and Colombia the shelter, a place where they could rinse away their demons by evoking dreams of yore, both musically and spiritually.
On Mucho Gusto you will find rhythms that speak of the density and diversity of Colombia’s music. These are styles of music made to make people dance, whether next to an ear–shattering picó sound system, a fanfare of brass, an accordion–led trio or even a family vitrola. They are styles that were born nostalgic, tied to the environments where they came, but also full of devilry, serious songs laced with one–liners and fun–poking wordplay, never afraid to mock itself. This is the spirit of Acid Coco.
On "Yo Bailo Sola" the cumbia beat is unmistakable, yet they break with the dogma of tradition (a recurring theme), the song’s female protagonist telling her would–be dance partner to leave her be, she wants to dance alone. The Afro– Colombian party music of champeta takes hold on "Caminando Vas" and "La Chancla", which use the bargain– bin Casio SK–5 keyboard for a sound heard on picó sound systems up and down the Colombian coast.
"El Amor de Mis Amores" continues the champeta love–in, its lyrics finding the duo in playful mood, speaking of "The Love of All Loves" who is instantly forgotten when the romance ends. "It’s the Colombian way of talking about the tragicomic way we live our lives", they say. "We’re used to making fun of everything, it’s our way to cope and survive all our tragedies."
These are tragedies both personal and national, speaking of a Colombia where, despite a peace agreement, activists and social leaders are still being killed on a regular basis. The scars across Colombia still have some way before they can heal, a theme that haunts the cumbia "El Lamento", a pure example of how a song about tragedy can still have a thumping beat.
"Sin Salida" is them at their most punk, transposing Suicide to the Caribbean coast with distorted bass and lo–fi beats, "Solo Estás Tu" brings techno merengue (a popular style from the 90s) bang up–to–date, and a softer side emerges on "Siempre En Mis Sueños", which fuses a ballad with a reggaeton beat. "Nuevo Día" has a pop influence which recalls the beginning of the Rock En Español movement in Latin America. Final track "Me Voy" pays tribute to son montuno, salsa being one of the main musical motors of these two Colombians.
The music of Acid Coco will ring true for anyone who has been paying attention to the diasporic music being made by Colombians around the world – Systema Solar, Combo Chimbita, La Rueda, Bomba Estéreo, the list goes on. Like Acid Coco, these are artists combining Colombian rhythms and folklore with ideas from global music and the Western avant–garde. It’s music with a Colombian heart and soul that’s impossible to shake: "Even if we don’t want to sound like Colombians, we always sound like Colombians", say the group. 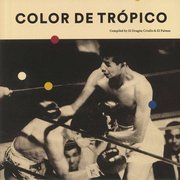 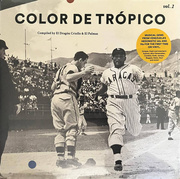