Animated films soundtrack is one of the most substantial aspects of Bystryakov's career. He masterfully balances between being a composer and a sound designer. A cartoon thriller for Stephen King's original story was created at the Kyivnaukfilm studio in 1986. The work itself reached the Soviet reader in 1981 for the first time and was King's first publication in the USSR, as well as "Battleground" was the first and only film adaptation.
"Battlefield" is a work that belongs entirely to its time. This soundtrack is a semi-conscious journey through the night TV network: from Italian horror movies and detectives to the movie Blade Runner on the last working channel well past midnight.
Actually, in such a sequence, the fabric of the work is revealed. The atmosphere in the style of Goblin (Untitled I), thus echoing the work of Ennio Morricone (Title theme, Theme of the boss). In addition to melodic fragments, he boldly creates minimalist pieces that undoubtedly sound like an early acid house (Untitled II), because the sounds of Roland TB-303 and TR-606 are instantly recognisable.
Bystryakov's approach did not involve the use of many tools or effects. He worked with one Roland Juno-106 synthesiser, using the full palette of its sound. His new tool is a counterpoint. This is how the final theme (End Theme) is constructed, where a piercing solo on a saxophone changes the atmosphere to nostalgia. 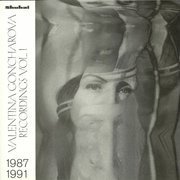 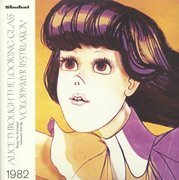 Alice Through The Looking Glass: 1982 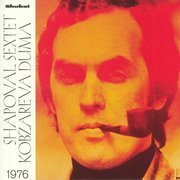