Originally named The Take 5, Timebox originated from Southport, Lancashire. The quintets inclusion of organ and vibraphone hints at their Soul and Jazz leanings, as does their choice of repertoire. Prior to signing to Deram they recorded an excellent version of Dizzy Gillespie’s ‘Soul Source’ for the Piccadilly label. Their faithful cover of The Four Seasons ‘Beggin’’ gave Timebox a very brief taste of UK chart success when it peaked at No. 38 in August 1968 but it remains a firm favourite in Soul clubs. Timebox’ Soul credentials are evident from their choice of follow-up, an infectious cover of Bunny Sigler’s 1966 single ‘Girl Don’t Make Me Wait’, originally released on the Parkway label but not issued in the UK until 1976. It was penned by Leon Huff, who along with his song writing partner Kenny Gamble, was responsible for creating the Philly Soul sound in the 1970s. 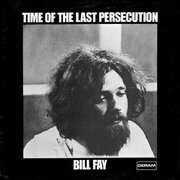