The group Magizter formed in Malmö, Sweden in the early 90s, and mainly consisted of former members of the Hungarian industrial band Das Kapital, of which some managed to flee to Sweden from the communist regime before the fall of the Soviet Union.

Gyula Szilagyi, who was the first to make his escape via train through Berlin in 1987, recalls: “it was a few weeks before mandatory military service would begin, and our passports should have been turned over to the authorities”. Risking deportation and prison, he was granted asylum in Sweden after some months in Stockholm.

Szilagyi and the rest of the band were all part of the underground scene in Budapest, of which some had been under surveillance by the secret police since their teens. It was a tight knit community where anti-communist and illegal literature was distributed, and many bands shared mutual members.

The track “Das Kapital” was produced in Malmö in 1993 by Szilagyi and fellow Magizter member Zoltan Lengyel, in a home studio overlooking the Möllevång Square, were Szilagyi had moved after some years working at the glass factory in Orrefors. He had managed to save a few performances by Das Kapital recorded on cassette, of which one served as sample material for the Magizter track; an homage of sorts to a group involuntarily disbanded.

The cassette sampled here was recorded in 1986 during a live concert at the university-affiliated venue Ráday Klub, where Das Kapital performed alongside the British industrial act Left Hand Right Hand (who had formed from the Sheffield band Zahgurim).

On the eve in question, Szilagyi remarks: “we used a guitar that we had made ourselves to resemble a Kalachnikov rifle. During the concert at Ráday Klub the guitar was destroyed using a drill machine. It made a powerful sound effect”

A remix of the remix is offered by Vienna-based Heap, who with his own productions as well as his work with the Neubau label is building a bridge towards the new era of European industrial music. 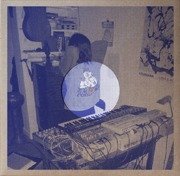 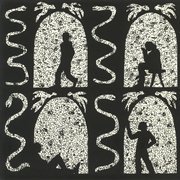 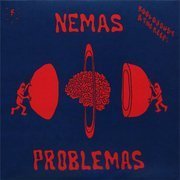 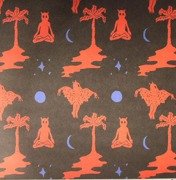 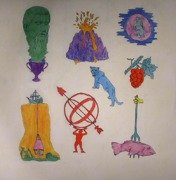 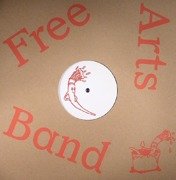