Whatever you might think of Richie Hawtin now, and what his vision of techno has become, he can never be denied his pioneer status. Back in the 90s he was way ahead of the game under his own name and of course as Plastikman. His albums are some of techno's finest and now his ground breaking minimal work Concept 1 96:12 gets a reissue for Record Store Day. It was recorded in around 1996, just before his best Plastikman material, but the man himself says that without this one, and the year of experimentation that surround it, he would never have mastered the reductive techno style he is so well known for now. 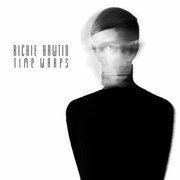