Earthly Measures are very excited to bring to you 'Doroja', an album by Santiago Córdoba & The Bauls of Bengal. Different to past releases, EM explores another part of the world, introducing you to the traditional sounds of Bengal & its talented musicians.

Doroja, is the third album by Argentinian musician Santiago Córdoba, this time in collaboration with The Bauls of Bengal. Recorded at the Hansadhwani Studio in Calcutta, India, where Santiago arrived with only a synthesiser, some effects, and a Legüero Bass Drum (an Argentine percussive instrument used mostly in local folklore) - this album was first conceived in December 2017 during a residency in this mythical city, together with The Bauls of Bengal.

The Bauls believe the body and mind are the sources of all truths and that the expression of freedom cannot be restrained by the labelling of genres or religions, something which is evidently expressed in their music. This provides the perfect foundations for this album to develop without limitations and too effortlessly flow to whichever realms both Santiago and the Bauls of Bengal wish to take us too.

The album combines traditional songs of the Bauls, rhythmic Jhumar instrumental improvisations with the Argentinian legüero bass drum, and other compositions created together in the studio. The result is a melodic mixture/dialogue of cultures, folklore and ancestral sounds with modern influences that help create an experimental and addictive sound full of electronic textures.

Participating in these first recordings: Arpita Chakraborty (vocals), Chandan Ray (dotara), Pijush Baul (Vocals, Dubki) and Tanmoy Pan (percussion), who later, are joined by other artists from different latitudes to achieve a captivating fusion: Matías Romero on strings (Formosa, Argentina), Guilherme Peluci from Mineiro on winds and Daniel Guedes on percussion (Belo Horizonte, Brazil), Porteños Walter Broide on tabla and Cobra Rod on bass (both members of Poseidotica), and the Spanish Ángel Calvo on trumpet.

The album was mixed by Rodrigo Cursach at Delta Uno Estudio, mastered by Daniel Ovie, and the fascinating cover art is by Alejandro Sordi. It will be released on vinyl by the UK based label Earthly Measures, in addition to being available on all digital platforms.

‘Doroja’ means portal, and this album is indeed a magical portal to music, song and dance. Santiago's only means of communication with Bengali colleagues functioned as an astral portal to build the sounds of this journey through strange and unfathomable landscapes that captivate and surprise by building bridges between different cultures of our planet.

Santiago Córdoba is a multi-instrumentalist musician born in the city of Buenos Aires who has been developing his unique sound both with his solo project and with prominent bands from the Argentinian independent music scene. He has been developing his solo career through deep musical and spiritual searching, with the infinite journey as a primary objective. 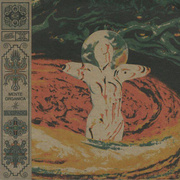 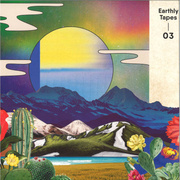 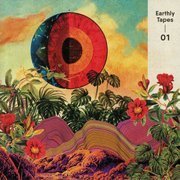 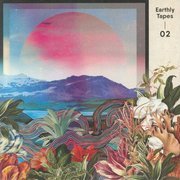 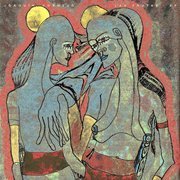