Premium quality vinyl reissue of the highly collectible promo-only 12" "I, I, I" by unlikely Balearic heroes The Osmonds. First released in 1979, this fruitful collaboration between the proto-boyband and legendary pop-disco producer Maurice Gibb is a wonderful slab of chugging syncopated cosmic disco rock topped off with lush string arrangements which despite being criminally overlooked at the time of its original release, has recently garnered much favour with Balearic aficionados. Also surprisingly good is the flipside's 'You're Mine', a more 'live' sounding affair, coming across like Steely Dan met Chicago at Studio 54 and hit the studio on the way home. 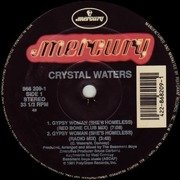