There is nothing quite like an evening under the rhythmic spell of the legendary David Morales. Stepping on the dancefloor while he's behind the decks requires full trust and surrender. You agree to hand the reins of your mind, body, and spirit to his intuition and ability to guide you to where you need to be at all times. It will occasionally be cathartic and intense. It will often make the hairs on your body stand on end, and make you sweat more than you ever have before. The endorphin release will be powerful. You will feel like you can touch joy and euphoria it in the air around you. As he gently brings you back down to reality, you will feel renewed and ready for anything life brings your way. This is more than a night of dancing. This is an experience at the hands of a magical maestro of music. How is this possible from a night on the dancefloor? Well, it begins with the brilliant mind of an artist at the peak of his creative power, imbued with the empathy necessary to connect with what has become a global legion of fans. "If there is any secret, it's really simple: I love what I do with all of my heart," Morales says. "I'm a DJ first. I thrive on human interaction. I am always adjusting my sets based on what the people in the room need. Each night, we form an emotional connection that inspires the music as it comes."

For Morales, "working in the studio is important, but it exists as a way of supporting the DJing experience. It's all to inform how it will work on the dancefloor."

To that end, you're reading these words as you dive into a new collection of Morales classics. Ever the collaborator, he has enlisted the input of a wide range of voices and talent. There is the diva power of fellow legend Ultra Nate, who brings her signature sass to "I Can Dream," while Michele Perera's explosive chemistry with David is all over the inspiring "Life is a Song" and "Never Give Up", as well as the impassioned "Addicted."

Morales reminds the listener of his ever-evolving musical scope in collaborations with blondewearingblack ("What Can I Do"), Lea Lorien ("Never Looking Back"), and Blakkat ("Can't Get Enough"). There's the clubland supergroup of David with Mr. V, Scotty P. and DJ Rae on "The Feels." Rounding out the set is a reunion with longtime muses Elle Cato ("I Feel Love") and British soul icon Joe Roberts ("Easy"). Just be sure to listen closely, because there's bound to be a surprise tucked between these grooves to tickle your ears and move your body.

The beauty of this sparkling new foray into electronic music is the heightened intimacy between Morales and the music. What you are hearing here is almost exclusively from the man's own fingertips. "The technology has evolved in the most extraordinary and liberating ways," he says, adding that he is now able to be far more directly hands-on during the building of each track. "Back in the '90s, I had to have more people involved, With the changes and growth in technology, I can now do it, myself. I don't even have to be in the studio anymore. It's smart, financially, but it's also way more fun and creative."

David adds, "I don't have to wait to manifest an idea anymore. I can just build my ideas as they come to me." In fact, he reveals that many of these new tracks were born in unique places, like planes, cars, his bedroom, and a host of other settings. "Music is always spinning around my mind. I no longer worry about losing an idea."

Surviving the highs and lows of an ever-changing world has also brought Morales back to the basic essentials of life and music. "The pandemic has brought things full circle for me," he says. "I love what I do and I still have the passion of a kid who is just getting started"

Yet, we know that Morales has been in the game for longer than a minute. He's a Grammy award-winning producer, remixer, and songwriter. He has lent his skill to countless of records by icons that include Mariah Carey, Madonna, Whitney Houston, Michael Jackson, Aretha Franklin, Donna Summer, Seal, and Jamiroquai. As a turntable artist originally from New York City, he earned his bones of credibility back in the '80s and '90s in clubs like the Paradise Garage, Red Zone, Tunnel, and Club USA. He initiated the concept of DJs touring beyond their hometowns with countless, wildly successful treks that have taken him the farthest-reaching corners of the world. As electronic music thrives on pop radium, David tops the list of every young artist and DJ as a primary influence.

Even with such a staggering legacy, Morales never looks over his shoulder.

"That is how you stumble and fall," he says. "If you get all caught up in the past, you're going to lose sight of what is right in front of you. You lose the excitement of discovery. That is what gets me off; taking what I know and combining it with what I don't know as I learn it. There is nothing better than experiencing how it all comes together. It's different every time."

And that is the ultimate secret to that extraordinary spell that David Morales casts over us all every single time. 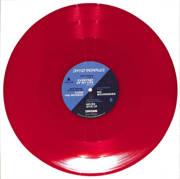